About The Marine Corps League

The league was founded by Major General Commandant, John A. Lejeune, in 1923 and chartered by an Act of Congress on August 4, 1937. Its membership of over 32,000 is comprised of honorably discharged, active duty and Reserve Marines with 90 days of service or more, and retired Marines. It includes officers, enlisted, male and female members and perpetuates the traditions and spirit of ALL Marines. 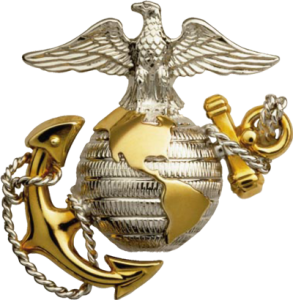 The Marine Corps League is headed by an elected National Commandant, with 14 elected national staff officers who serve as trustees. Day to day operations are under the control of an executive director who supervises the day-to-day performance of the national headquarters staff, located at 8626 Lee Highway in Fairfax, Virginia.

The League is classified as a veterans/military service organization and was formed for the purposes of promoting the interests of the U. S. Marine Corps; to provide camaraderie and assistance to Marines, as well as to their widows and orphans; and to preserve the traditions of the U. S. Marine Corps. It is a not for profit organization within the provisions of Internal Revenue Service Code 50l (c) (4), with a special group exemption letter which allows for contributions to the Marine Corps League, its Auxiliary and subsidiary units, to be tax deductible by the donor.

The League participates in patriotic functions such as the National Memorial Day Parade and the National 4th of July Parade in Washington as well as countless statewide and community parades around the country. We provide representation to the U.S. Congress in legislative matters affecting the United States Marine Corps, national security and veteran’s benefits through our National Legislative Committee. Most importantly, Marine Corps League Detachments are actively involved in Community based programs throughout the country.

PROGRAMS OF THE MARINE CORPS LEAGUE

YOUNG MARINES OF THE MARINE CORPS LEAGUE
A youth program emphasizing honesty, courage, respect, industry, loyalty, dependability, and a sense of devotion to God, country, community and family. The Young Marines program receives funding from Congress and the United States Marine Corps primarily because of their drug interdiction focus on drug education and prevention.

BOY SCOUTS OF AMERICA
The Marine Corps League has long regarded the program of the Boy Scouts of America as in support of the Preamble of the Constitution of the League. The League supports the Boy Scouts of America as they promote traditional family values to America’s youth. The Marine Corps League participates in Scouting through assistance with units, districts, and councils, in community projects, merit badge programs, and special recognition of Eagle Scouts.

LEGISLATIVE PROGRAM
The Marine Corps League is a member of The Military Coalition and participates in National and State legislative issues that affect military readiness, benefits and entitlements of active duty personnel as well as Veterans Benefits programs effecting former and retired Marines.

VETERANS SERVICE OFFICER PROGRAM
The National Headquarters retains a full-time staff member who assists veterans in adjudicating claims against the government as a result of active duty service. Claims are processed through the Department of Veterans Affairs or other appropriate agencies of the federal government.

MILITARY ORDER OF DEVIL DOGS
The fun and honor society of the Marine Corps League.

MARINE-4-LIFE/INJURED MARINE SUPPORT PROGRAM
The League works very closely with the Marine Corps’ M-4-L program, providing mentors nationwide. In areas of the country where there is no Marine Corps “point of contact”, the League works directly with M-4-L Headquarters to provide services to transitioning Marines.

ANNUAL CONVENTIONS
Members find the State and National Conventions of the League ideal vacation venues for themselves and family members. Held in a different city each year, many families attend year after year and particularly enjoy the many planned activities and tours related to these get-togethers.